We are skeptical of the instant gatherings of Hillary bots in New York and other cities after Hillary's concession speech Nov. 9th. Not that Hillary bots aren't pissed off.... but they cannot organize 100 people to show up at a campaign stop for their un-nominated nominee candidate. 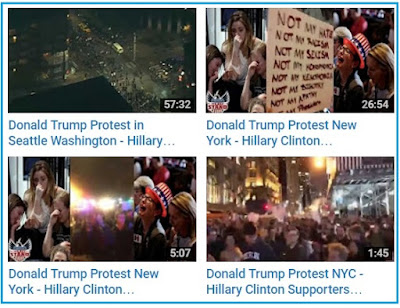 Our You Tube front page this morning ^ 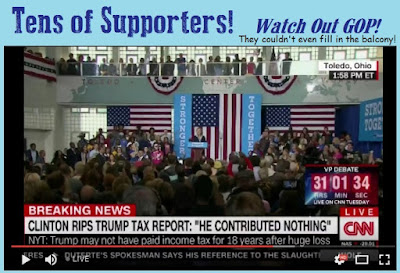 They cannot encourage anyone to put out a yard sign or wear a button.

They can't be bothered get off the couch for an anti-war protest.

Posted by missFrill at 9:45 AM