Email ThisBlogThis!Share to TwitterShare to FacebookShare to Pinterest
Labels: gab

Posted by missFrill at 2:03 PM No comments:

Alfred Schaefer talks in his 2014 nearly banned video "The Gatekeepers of 9/11" about Zionism, the media and academics controlled by them and the black-out on 9-11 truth discussion and inquiry. And he talks about Noam Chomsky's discomfort with the 9-11 topic.


So that discussion gets my approval. I don't know who Alfred Schaefer is so looking around I got this: 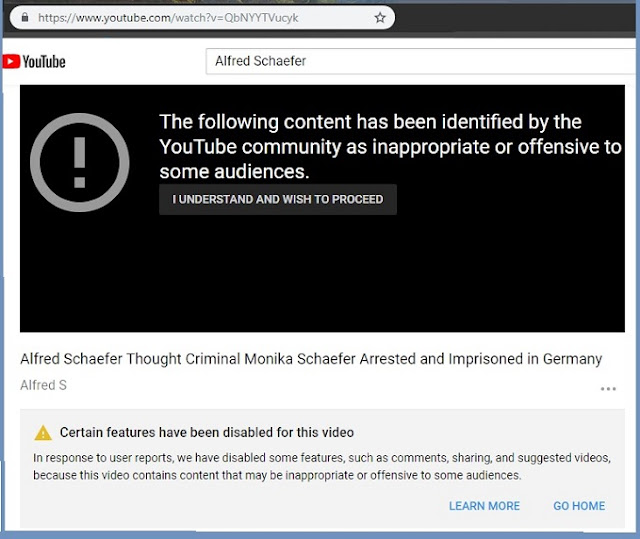 With some effort you can see the video, after letting Google record your visit -


Recently I heard the same idea from John Hankey. Almost a minute into this short video I heard a story about WWII that was news to me.

00:56 | Steve Bannon was the architect of Donald Trump's campaign.
It turns out that two years before there was a candidate Donald Trump Steve Bannon created Cambridge Analytica and Bannon and Cambridge came up with drain the swamp, build a wall and "Deep State" in order to trick idiots like me into supporting Trump because he was so independent; so he could cut taxes for billionaires.
But Bannon says he stole the idea from the monsters who created Hitler, no fooling. He told two of his closest friends on two different occasions in two different New Yorker magazine articles that Leni Riefenstahl, Hitler's chief campaign propagandist, was his hero and role model. Captain Karl Mayer was Hitler's boss training him as a police operative immediately after World War I before he sent him to organize the Nazi Party. Mayer is the principal source for all information about Hitler during this period and he says that Hitler didn't hate Jews but he gave speeches attacking Jews under orders from the German ruling elite. The plan was to mislead German workers into fighting poor Jews while the elite made plans to start World War II and cut taxes for billionaires.

It looks like the same plan is afoot for both topics. Are they so unrelated?